WASHINGTON, DC (THE WEEKLY STANDARDS) — It is a happy day in Kabylie as its national movement unveils a new flag this weekend. But it is a bitter day, too, as the unveiling is taking place on the Place du Trocadéro in Paris, preferred site of exiled campaigns for human rights. In their way, so do the Kabyles, an admirable people who, though few, never give up on the dream. Today, we salute them. (Siwel reproduit dans son intégralité l’éditorial du dernier numéro du Weekly Standard) 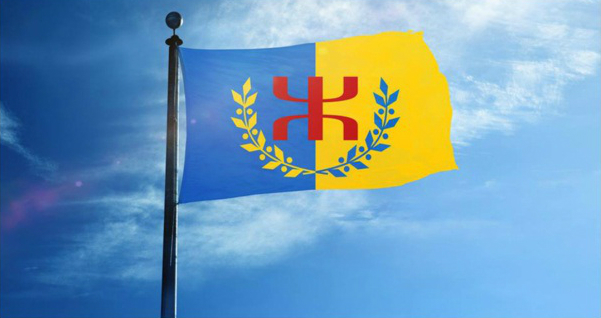 We are the friends of liberty everywhere, the guardians only of our own: John Quincy Adams’s famous aphorism comes to mind as we observe the cruel realities of international affairs. It is a happy day in Kabylie—the large mountainous region east of Algiers that is home to Algeria’s biggest Berber minority—as its national movement unveils a new flag this weekend. But it is a bitter day, too, as the unveiling is taking place on the Place du Trocadéro in Paris, preferred site of exiled campaigns for human rights.

Kabylie
Campaigns by whom? Most often, by ethnic or tribal or religious or merely liberty-aspiring minorities who find in France, as Victor Hugo said, a second homeland. The great poet and lifelong freedom fighter—himself an exile from the tyrannical regime of the second Napoleon—scarcely could have foreseen the number of Africans today made homeless for the cause.

Kabylie was once a hotbed of the Algerian revolution. Now it seeks independence from the nation it led out of colonialism in a war against France. A perceived betrayal of the proclaimed goals of political freedom and liberty of conscience led, as soon as the French left, to a civil war that, in a sense, has never ceased. Witness the Berber Spring in 1980, a democratic revolt in ’88, more violence at the turn of the century, and finally a movement toward autonomy and outright independence by exasperated citizens whose patience wore out after years of contributing to the development of Algeria and joining others in the country in patriotic resistance to Islamic terror in the ’90s. Exiled in France, Kabyles dream of freedom at home while defending their former enemy against Islamists who refuse to conform to the rules of the host country.

There are solid reasons for the United States to pressure Algeria on Kabyle rights, not the least of which is the long tradition of Berber resistance to Arabo-Islamist fascism and the latter’s hostility to liberty throughout the Middle East and North Africa. This resistance has many roots, including the ancient, and quite marked, Jewish influence on Kabyle culture. If, prudently or not, we became seriously engaged in the long war for reform and liberal revolution in the Islamic world, then surely the fate of the minorities within that world whose perspectives are most akin to ours ought to be a concern.

And a weapon: Who is to say what might have happened had those who promoted U.S. intervention in neighboring Libya considered the Berbers of Libya an asset that could have been a force for good in that land?

We need Algeria and its renowned security services in our fight to block the jihadist assault on black Africa. It might be simpler to twist the arms of our trustworthy friends in Saudi Arabia and Qatar who have been funding mischief throughout the Muslim zones of Africa for decades. Ah well, so many complications—little wonder we always return to Adams. But, in their way, so do the Kabyles, an admirable people who, though few, never give up on the dream. Today, we salute them.