PARIS-DIASPORA (SIWEL) — In a press release published today by the Provisional Government of Kabyia, the Anavad denounces the police surveillance and the intimidation towards the activists and the executives of the Movement for Self-determination of Kabylia (MAK).

The president of the Anavad, M. Ferhat Mehenni « warns the algerian regime against any liberty and physical integrity offense of the activists of the self-determination of kabyle people », reminding that these last « raise a political issue which cannot have a solution other than a political one »

Distrusting the attitudes of a regime in dire straits, Ferhat Mehenni, calls on the human rights organizations to « follow closely the kabyle dossier in case it would come to know unhappy developments, or even tragic ones ».

SIWEL publishes below the entirety of the press release of the Provisional Government of Kabylia. 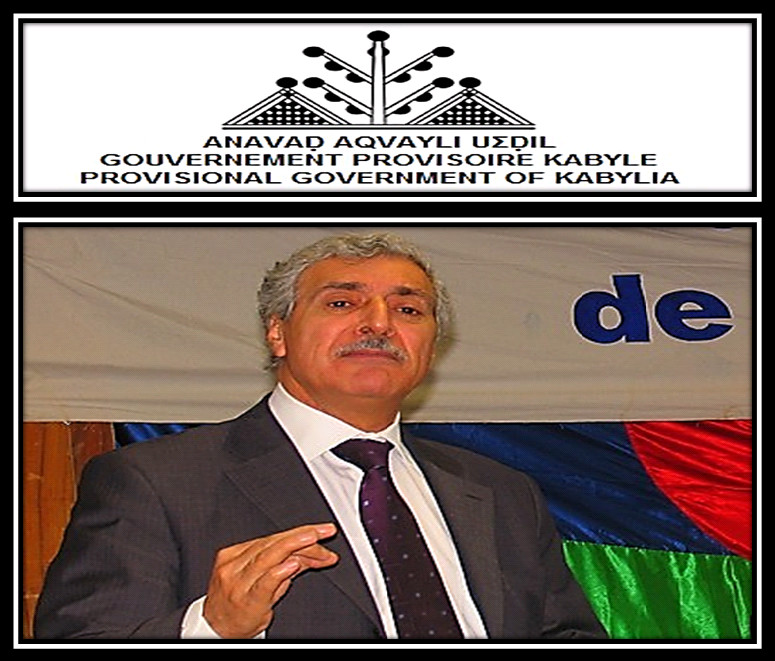 POLICE SURVEILLANCE AND HARASSMENT OF THE EXECUTIVES OF THE MAK

(Movement for Self-determination of Kabylia)

As the algerian regime is exposed to its worst internal crisis, dismissal of all senior officers of kabyle origin, it s the executives of the MAK who are subject to a permanent surveillance of their facts and movements. Thus, phone-tappings are systematized, in the same way as their web mail and SMS are intercepted.

Moreover, an executive of the Movement for Self-determination of Kabylia is harassed by the police. His business premises visited by police who accused him for having hung the kabyle flag to the entrance of his establishment.
These methods, far to be unusual practices, a simple kind of intimation, could be forewarnings of future arrests.

The Anavad warns the algerian regime against any liberty and physical integrity offense of the activists of the self-determination of kabyle people. It will be held responsible for all what would happen to them. The issue they raise is political and cannot have a solution other than political one. No suppression is able to overcome a conviction and the march of History towards the independence of Kabylia.

The divorce between the kabyle people and the algerian colonial regime is carried out.

The Anavad calls as witness the international community on its dangerous machinations and calls on the human rights organizations (UN Human Rights Commission, Amnesty International, Human Wright Watch, IFHR…) to follow closely the kabyle dossier in case it would come to know unhappy developments, or even tragic ones.

The Provisional Government of Kabylia, in exile, calls on the west countries (France, European Union, USA, Canada…) to use of their influence in order that the tragedy of the «Black Spring» (2001-2003) will not happen again in Kabylia.

Algéria which is drifting, with a president affected by dementia and a dislocated power, will become a theatre of regional unprecedented turbulences. Only Kabylia is able to help the international community to stabilize its environment.